Good Things By Mail and Some Reprioritizing

The dusting of snow that arrived yesterday morning, combined with my cold was enough to keep me home again. I spent the day working rather than napping and crafting. However, after the mail - including a few new sewing patterns - arrived, I did take a lunchtime break to pore over them.

I've been buying up patterns lately. In part, this is because there have been some pretty great pattern sales ($3.99 Vogue patterns!). However, it is also because of my new focus on sewing for myself. And, I have to say, this focus is just in the nick of time. All of the clothing that I love needs replacing, and I'm just not finding nice things to replace them with in stores. 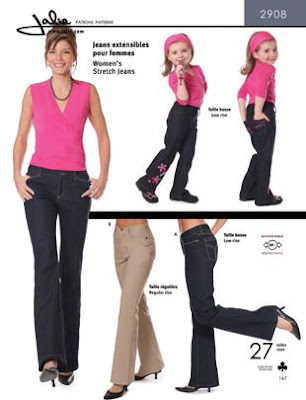 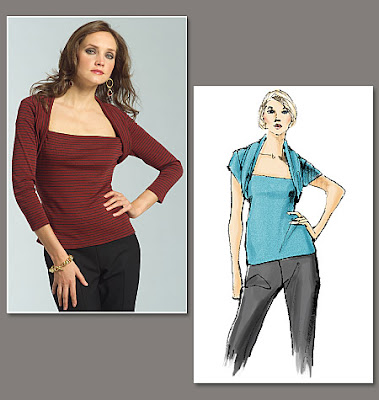 Vogue 2980, a Today's Fit by Sandra Betzina pattern for tops 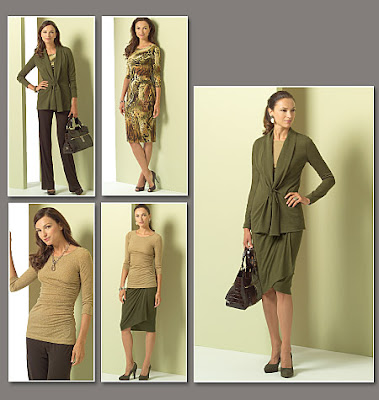 And Vogue 1020, a wardrobe ensemble that I ordered for the ruched top.
Also, we've already established that my 3 Graces top is not going to be the staple that I had hoped. So, by necessity, I'm reorganizing my wardrobe project. I need to try out more tops. Plus, with Groundhog's Day already behind us, by the time I finish sewing the boucles sheath dress I had planned as my next project, it will be getting late in the season to wear it. So, I will do the smart thing and stash the fabric until the end of the summer.

What I will move forward with is the pants part of the project, which was to be a major facet anyway. I will also sew up more tops since I've been enjoying working on more than one project at a time.

Tomorrow, I promise (cross my heart) to post my finished skirt and talk about my Calm, Cool, Cowl conundrum.
Posted by Clio at 2:31 PM