I bet you thought that I was finding new motherhood so overwhelming and exhausting that all thoughts of sewing and knitting had fallen by the wayside. 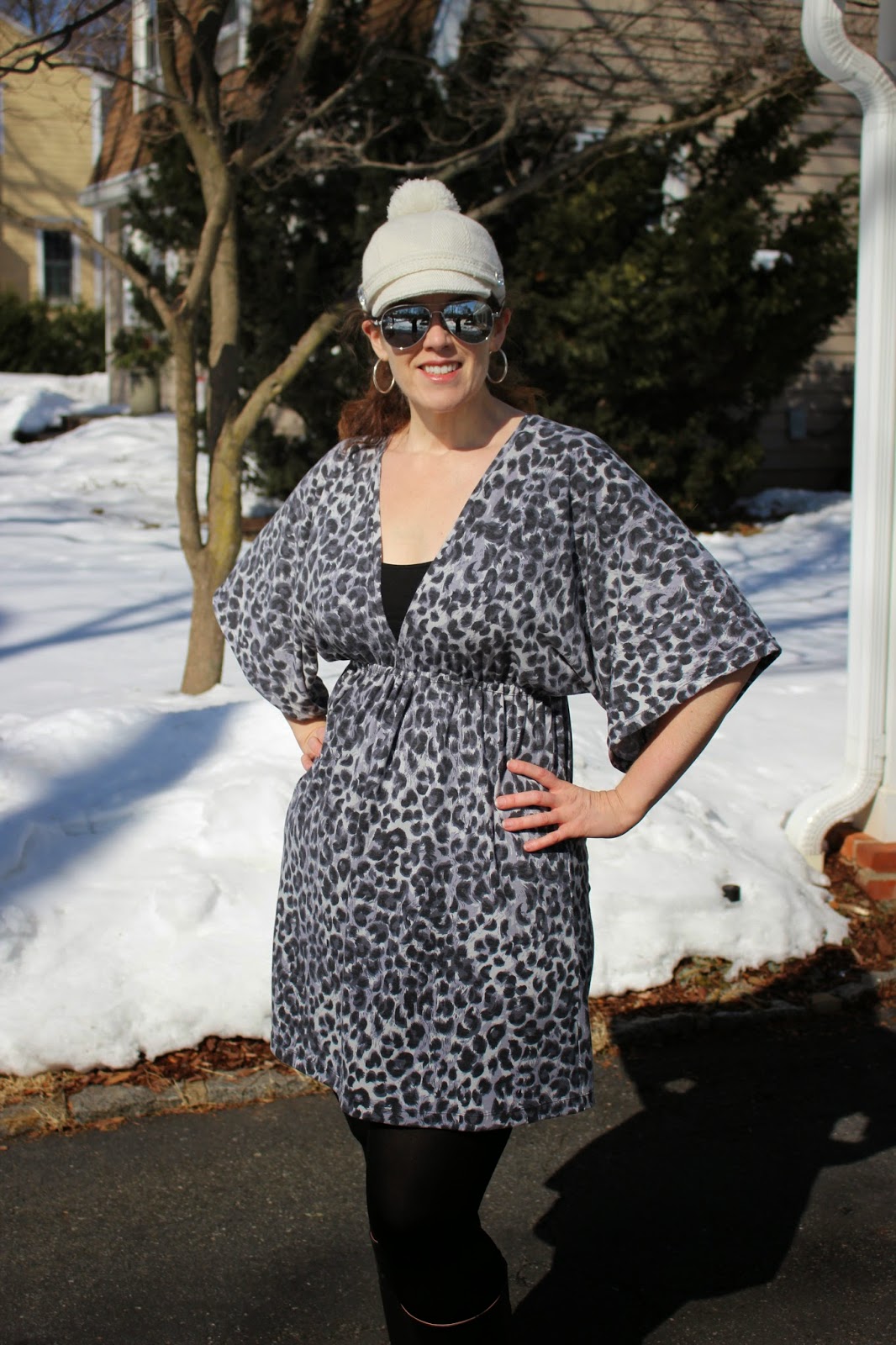 Okay, maybe half true. Or true on some days. But there are occasional days where there are nice long naps, and on those days I sew!

This is M6552, a McCalls Fashion Star pattern that I first sewed last summer for my mom as a maxi dress in wax cloth.  I sewed my own version in a cotton jersey knit that I bought as part of a haul from Fabricmart while pregnant. 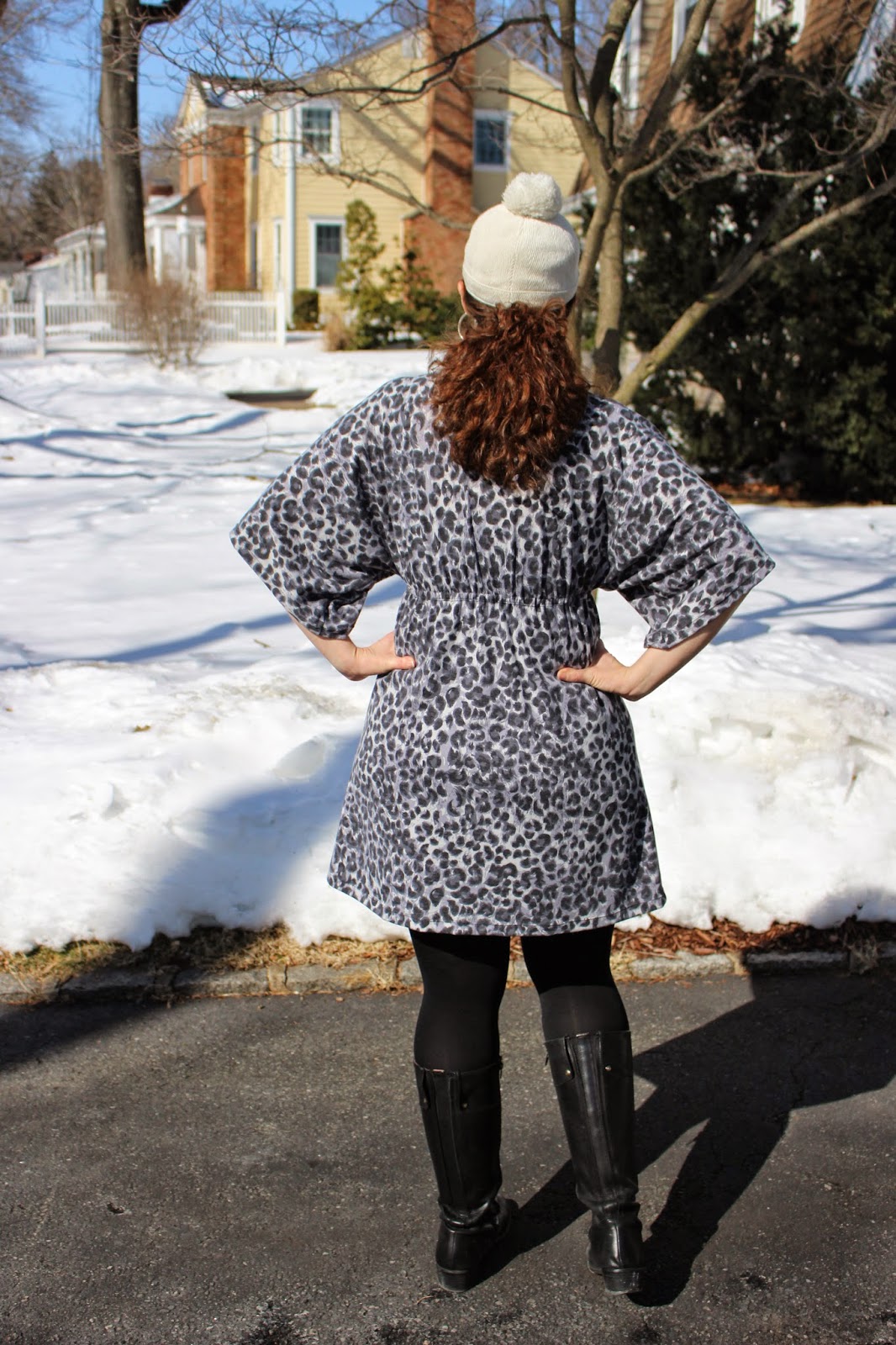 After Taco's birth it rapidly became apparent that I didn't have enough tops for nursing or enough casual clothes. That's what happens when you dress and sew for a career and date nights. With it's plunging v-neck, I thought this pattern might fit the bill for fun casual nursing attire if I made it shorter. I've been wearing it with either a knit cami or a soft, sports bra style nursing bra underneath.

I made a few minor changes to the pattern. Instead of a drawstring I used elastic at the empire waist. Obviously, I also shortened the length. I was going for a long-ish tunic length, but this ended up being more of a short dress on me, which is just as happy an outcome. Like my mom's version, I shortened the bodice by 1.25 inches. Aside from that, I added an extra 2 inches to the center front which I gathered in the middle to gracefully camouflage any post-baby jiggle. My thinking is that even when I don't need the extra wiggle room, this will continue to be flattering as my body finds it's new normal. 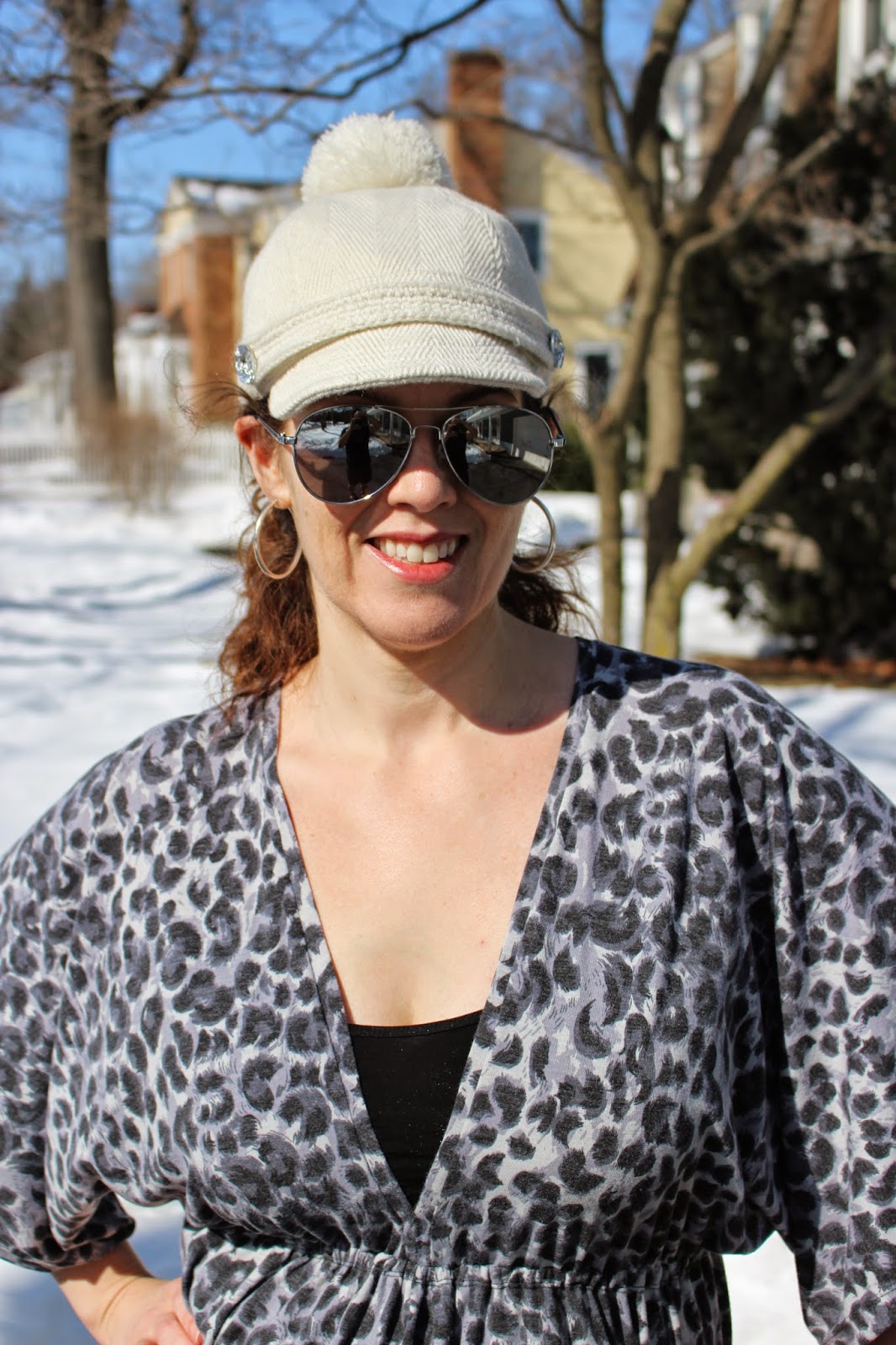 This pattern is a real winner and perfect for where I am right now.  It's easy to sew, requires little fitting and is pretty versatile.  I could see myself sewing this in different lengths and tinkering with the sleeves - longer, shorter, or cuffed. For the time being, this is the sort of sewing I will probably stick with: easy to fit and sew patterns that I can nurse in.

I finished this top almost two weeks ago, but it took more than a week to take photos. Clever girl tat I am, I waited until the temperature was in the single digits. Hence, the hat. I actually have three other projects to post just as soon as I can spend a little time with the camera.  So, do stay tuned!