As I mentioned in my New Years Eve post, Taco has been bringing home every germ he encounters, and so we've endured wave after wave of colds, the vomiting virus, the dastardly plague and a cold yet again.  Miraculously, we had about 3 days when everyone was healthy at Christmas.

That said, I haven't been completely idle.  Knitting has continued apace and, although I pushed pause on the raspberry colored trench coat I am sewing so as not to make any major mistakes while I was not at my best - I made time here and there for a little bit of low pressure sewing. 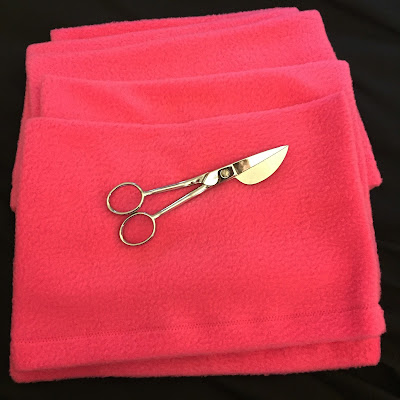 I sewed 50 pussy hats - some pink and some purple - for my local resistance group to give to members for the Women's March. What fun it was to see people that I didn't know wearing the hats I'd sewn. 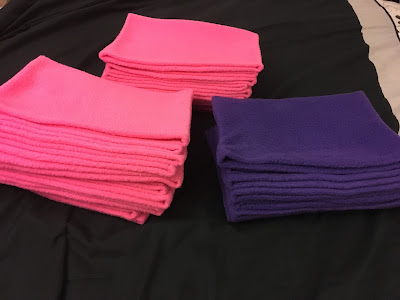 I also knit two hats which took as much time as sewing all 50. 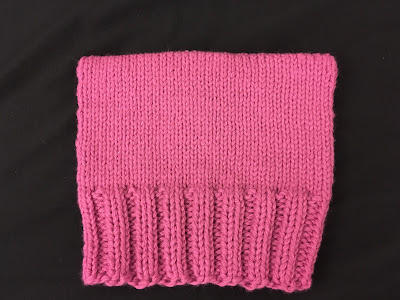 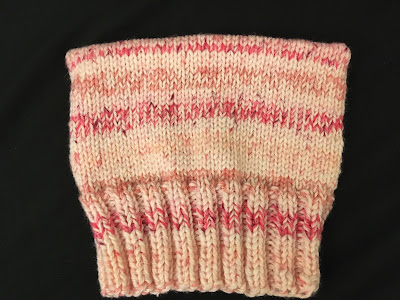 I also knit a fun colorwork Star Wars hat for my nephew. This is The Force Awakens hat pattern by Mrs Luedeke. 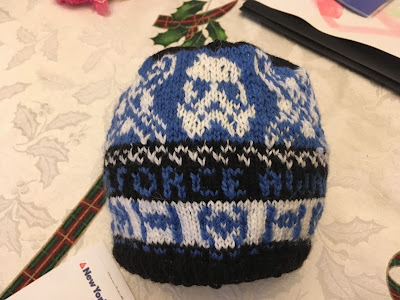 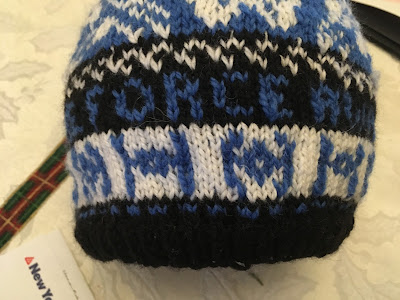 Right now, what I have in the works is a scarf from the Mattock Cowl pattern by Home Row Fiber Co. in Madeleine Tosh Vintage yarn in worsted weight. This scarf is meant to match a hat I knit last winter. The stitch definition is beautiful, and I'll be happy to finally have a scarf and hat that matches, instead of the hodgepodge of mismatched hats and scarfs I wear now.  It's been a goal for a few years. 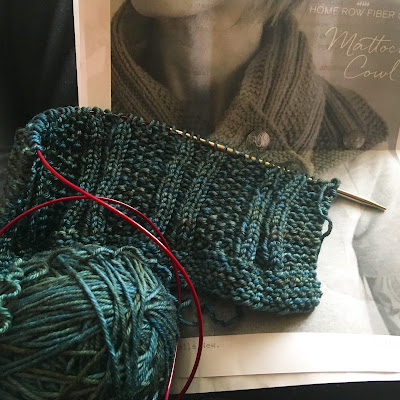 I have one little sewing project to post from Christmas and one from before then, as well as the finished sheep sweater that I knit for Taco to post about. But I'll end here today saying that - finally - this weekend life returned to normal enough that I was able to get back to work on my trench coat. It felt really good to immerse myself in a project. 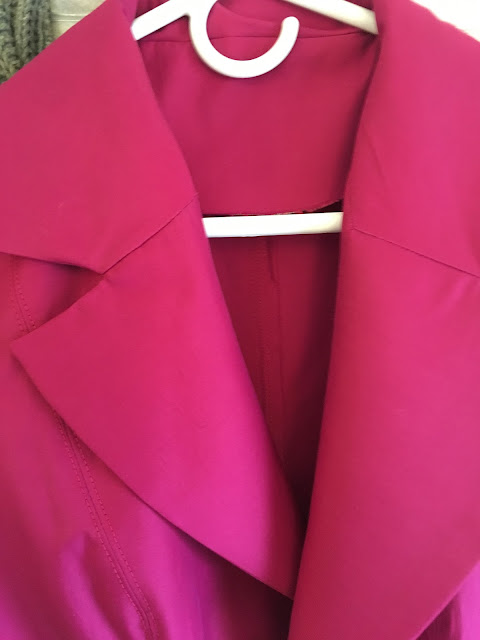 There's still a lot to do, but it is coming along very well. Next up: setting in the sleeves, sewing on the belt carriers, deciding on buttons and buttonholes, and then lining/hemming. Also, I need to decide what I want to do with the lapels - to topstitch or not.  I've done two rows of top stitching on all the major seams. Decisions, decisions.

Now, fingers crossed and knocking on wood that no one gets sick for the immediate future.
Posted by Clio at 1:13 PM No comments:

Labels: Hangin in the Craft Lounge, Purls of Wisdom, The Rock I Live Under
Newer Posts Older Posts Home
Subscribe to: Posts (Atom)